Welcome to the Union Mining Station 42! 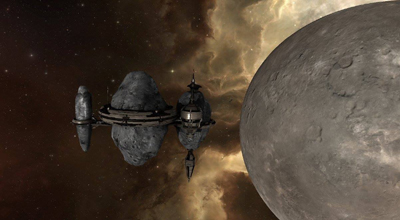 Year: 2421. Located on the outskirts of Union charted space, a previously ignored inconspicuous planet becomes a beacon in the podunk regions of the frontier. After obtaining mining rights from the indigenous population of the planet, the Planetary Union constructed a space station, using a group of asteroids that had been pulled into orbit of the planet millennia ago.

After a miners revolt leads to a division on the station above, the unruly laborers ignite the flame to an already overworked and incredibly stressed Union crew. The revolt had lead to a full on mutiny above causing officers and enlisted personnel to turn on the command crew and on one another. Union cruisers arrive in time to quell the storm, but they are too late to spare casualties and fatalities. Mutineers are taken into Union custody and the station's Commanding Officer deceased in all the chaos.

The station is briefly under the interim command of Union Sector Admiralty until a suitable replacement is found. Order is temporarily restored. It's an assignment that nobody wants to take, a small technologically dated industrial mining station in the middle of nowhere. However, one man seems the perfect fit for the recently opened position… a good shepherd to tend to this lost flock of black sheep.